Creativity is allowing yourself to make mistakes. Art is knowing which ones to keep.
-Scott Adams (Dilbert)

We never go to a show without a number of new collections and a fair amount of new art, and we of course have our expectations about what is going to be a hit. Trying to predict which new art will be the hot ticket at the show has become kind of a game with us, and  I’ll let you in on one of the lessons we’ve learned over the years:
You never really know for sure what is going to work, and what is going to fizzle.
I can’t tell you how many times we’ve sat down to analyze show results and wondered why a particular design or concept had no traction – especially when we had that unique and clever idea that we absolutely KNEW was going to be hot, and then…hmmm, not so much. (Fortunately it can work the opposite way too, which is always a nice surprise.)
Let’s borrow a couple of points from a Seth Godin post on making predictions:
1. It’s really difficult to make accurate predictions, because success often appears to be random.
2. Based on #1, it’s probably smart for you to initiate more projects that aren’t guaranteed winners, because most winners aren’t guaranteed.
Product markets can be both fluid and fickle, a difficult combination that keeps the targets moving. Successful licensors know this and they try to keep a stream of ideas flowing rather than settling in on one concept and constantly trying to push that rock uphill. What appears from the outside to be random success is usually not – more often it’s the result of the proverbial throwing things (things being successively better and more refined ideas) against the wall until the right idea sticks.
Maybe in our business we should forget the old trusted theory “if you build it they will come” and change it to “if you build enough of them they’ll buy one”. 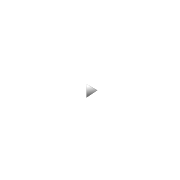 That’s what happens to my Cheez Its all the time.

Interesting juxtaposition of several articles today – all of which arrived in my Inbox within a few hour period. The first was an analysis of the Amazon announcement that their sales of E-books have now surpassed those of print books by about 5 percent. That only took 4 years to happen vs the 500 some odd years (ok, 572) that have passed since Gutenburg launched the idea of movable type. Hand in hand with that, they have also announced that the Kindle reader is their all time best selling product – previously it had been the final Harry Potter book…kind of ironic…
Next was an article about Staples shrinking the size of their stores, followed closely by an article about Best Buy – you guessed it – shrinking their stores. Both are pointing at the shift to online sales as the driver for their plans. A Dartmouth biz professor is quoted in one article calling big-box stores “a pre-internet model”, and another source refers to them as  “Amazon’s best showrooms” since people often decide what to buy in the store, then go home and order it online from another (cheaper) supplier.
It was just not that long ago that “big box” had become the Holy Grail for those of us interested in selling product. Then they learned how to buy merchandise and in doing so rewrote the models of production and supply, drove the margins ridiculously low and soon the royalties from a big box placement were no longer guaranteed to be breathtaking. Quite the opposite. Now it seems that big box is on the decline, supplanted by online sales and also in part by the surge of small stores stocked with high turnover items (think Dollar, Walgreens, CVS). Where does it go from here? Obviously some  products don’t translate well to online – people need to see and touch them, or they are last minute purchases, perishable, inexpensive and so on – but many do and that will move the licensing targets (pun intended) once again.
Haven’t given any thought to what effect this shift will have on where you focus your licensing efforts? Hmmm…

Finally we’re back on the plane after a long week at the Licensing Expo in Las Vegas, I think our tenth time exhibiting. Day One of the show was a very good day for us. A measure we use to judge show traffic is the time we actually manage to eat something – Ronnie brought me a sandwich about 1:30 and I wasn’t able to eat it until 4 – that’s the kind of busy we like. Days Two and Three were not nearly that crazy but still a decent show overall. We met with a number of our established clients and (after reviewing our sheets in the airport lounge today) more than a dozen brand new potential clients at the show. We think a couple of those could be exciting relationships. The show floor seemed a tad bigger, the displays a bit better, and the floor traffic a little down. Rumor had it show management was claiming that attendance was up 12%, but you wouldn’t guess that by what we were seeing or hearing from the other exhibitors. Of course I have never exhibited at a show where mgmt did not claim that traffic was up.
We did see, once again, the continuing shift of this show away from being an “art” venue. Every year there are fewer attendees willing to sit down and look through portfolios, and more who are in the market for a particular product, or category, or who are looking for something concept driven and aren’t interested in  selecting individual designs a la Surtex. In reference to the various ongoing discussions about where an artist should exhibit: from this point forward I would not recommend Licensing unless you 1) have some experience, and 2) you really have that bigger concept piece nailed down.
And then there’s Vegas. While it is MUCH easier (and cheaper) to do this show in Las Vegas than NYC, it is just not my kind of place. We Floridians really don’t mind the heat – hey, only 107 degrees this time – it’s more about how perfectly normal people seem to immediately morph into packs of screaming fools upon arriving in this town. Hey, I’ve partied with the best of ‘em over the years but this is how it goes: five minutes after checking-in to the hotel that nice couple from your church will somehow become “Mr Playa” and his babe. He will turn his hat sideways, chain smoke and wear sunglasses indoors, she will wriggle into her hooker outfit, then they will spend the next few days stumbling around the Strip with yard-long beers until it’s time to crawl home. Along with a few thousand of their new close friends.

Somewhat amusing, but believe me when you are only there to work – the novelty wears off pretty quickly…

The concept of a market “bubble” is actually hundreds of years old, but over time it has proved to be a recurring phenomenon that is now generally accepted as a part of the business cycle. Bubbles occur across a wide variety of categories – look at the dot.com companies of the last decade, the real estate investment frenzy that collapsed in 2006 (one of many), various commodities such as nickel or uranium, even exotic livestock – it’s a long and sometimes odd list. Should we add Art Licensing?
In early economic theory, bubbles were referred to as “manias”, which is probably a better term for what we have going on in this category. Bubbles are often characterized by people making decisions based on emotion and supported by limited information, and they generally occur when there are more funds available than the assets to be purchased. Let’s apply this concept to art licensing: instead of funds and assets we have excess numbers of licensors chasing a limited number of licenses.
There is something very bubble-like going on right now – social groups based on art licensing are everywhere, people with little or no experience are touting themselves as experts in order to sell the dream, and a frenzied rush of people are hoping to jump into art licensing even though 1) they don’t understand the business and 2) the economic fundamentals don’t support the career change. Manufacturers are playing it safe, retailers are buying less and royalties are shrinking – yet artist competition is increasing? Certainly there is money being made in the business – art licensors collected about 136 million in royalties in 2009 – but those numbers are not going up, they are going down. Note that the 2007 figure was 175 million and 2008 was 154 million, meaning that art revenues decreased almost 12% two years running. They could easily be down again this year since we know 2010 retail sales of licensed art products are down compared to 2009. And the payday shrinks even faster when you start peeling off the amounts collected by those few big names selling tens of millions at retail, and then you divide the remainder among thousands of licensed artists.
In the dot-com days the loudest voices were those freshly minted paper millionaires proclaiming that business has a new model, the old rules no longer apply and a new era is upon us. Then pop! went the bubble, their millions vaporized and business, albeit slightly changed, went back to basics. Right now, the loudest voices promoting art licensing are twofold: those people trying to make money by funneling new artists into the business (regardless of the fact most do not have the skills to succeed at it), and those new artists who have bought into the program and now want to promote the new “club”.
Is this bubble going to pop? And what happens then?